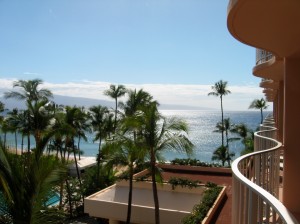 We are in Hawaii. We have all needed a vacation so badly. All of us are so very weary…we’re worn out. We have had so much to deal with the last six months on top of Jason’s death. The meeting with the Snohomish County deputy on Saturday was exhausting. We just need a break, a break from all the “stuff.” 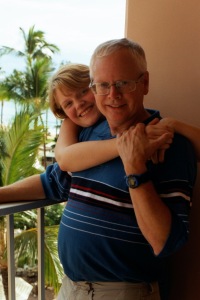 Not that we don’t think about Jason. He’s always there. I miss him so much. The sadness is right below the surface. But we don’t have to go by the crash site every day. We don’t have to deal with people avoiding us and not calling us or the loneliness. We don’t have to face the empty spaces and reminders that Jason is gone. We’re not in an empty house that screams in its silence.

I’ve thought many times since we got here how much he would have enjoyed this vacation. He would have made it so much better, just by his presence. I wish he were here. 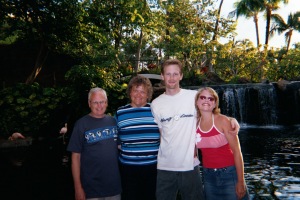 Well, here it is Tuesday already and our return home is getting closer.

I feel like we’ve sort of had a break, a vacation from the horrendous grief. That sounds funny to say. I guess my mind feels like Jason’s at home waiting for us…and that’s why it’s okay to vacation.

What’s waiting for us at home is reality…and I dread going back to it. 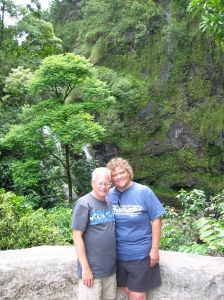 We are on the plane heading home. I’m sort of dreading going back to it. Back to ugly reality after a break. I dread the overwhelming grief, the loneliness, the absence of Jason. Not that I haven’t thought about him or missed him. I will always miss him. He is always in my heart.

I think our minds trick us so we can handle things. I am aware that it has tricked me into feeling that Jason’s just not along on this vacation, sort of like when Eric didn’t go with us on our family vacation in 1999. Maybe that’s what I need right now. I know everything will be right in our faces when we get home. Nothing will have changed. But we really needed a break. I don’t think we could keep going without one. We have been exhausted every way possible. Weary of the journey. 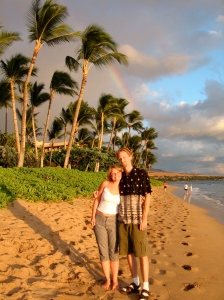 I’m so glad Eric could come for the last week. He has really needed a break, too…he’s so thin and stressed out. I think he really had a good time.

The Westin was amazing…right on the beach…absolutely beautiful. I am so thankful for this amazing gift they gave us. We swam, played tourist, ate at great local restaurants, walked along the beach. It was so nice not to have things right in our faces. We could let ourselves relax some and rest in a place of beauty.

4 thoughts on “Hawaii – A beautiful respite”