I had lunch with my husband today at Olive Garden. He always gets their pizza bowl and I get gluten free pasta with extra sauce. We’re creatures of habit.

Joe’s semi-retired, and I work full time. I try to meet Joe for lunch whenever he calls. It’s a nice respite from work. He rescues me if I’m having a bad day, and I listen to the stories of experiences with his Uber customers. When you get to be our ages and have walked through what we have walked through, you realize that it’s important to cherish every moment with the people you love. You just never know how many more you’ll have.

Our very first date was when Joe called me at work to ask me to lunch, and it’s been something we’ve enjoyed since then. When the kids were little, I’d pack them up in the car and we’d head downtown Seattle to meet Joe for lunch. If he wasn’t particularly busy that day, he’d take the kids to work with him for the afternoon. They loved it! Such a good daddy.

Anyway, somehow we started talking at lunch today about how difficult it is to make friends, especially when moving to a new area. As I’ve written previously, it’s really not an easy thing for me to make friends. After Jason died and we were left so alone, I ended up very guarded toward people and too wounded to open up much to other people. I didn’t let many people get close to me. In Oklahoma, I was in such a survival mode that I really didn’t try to make friends. I hated it there (no offense, Okies!). When we moved to North Carolina, I allowed myself over time to truly care for someone who ended up hurting me very deeply. Since then, I’ve just sort of given up and really haven’t tried to make friends.

Our daughter and her husband recently moved to another state, and she had mentioned to Joe that she misses her friends and being around people she knows. She misses us, and we miss her terribly. It takes time to make friends, that’s all there is to it. She knows it, but that doesn’t make loneliness any easier in the meantime. I have found that, even if you really try to reach out to people, they have to have room in their lives for a new friend, along with the willingness to reach back in friendship. As we were discussing this, Joe said, “You have to have friends or you die.” Before I even realized what I was saying, I said, “I’m dead already.” It surprised me as much as it surprised Joe that I said that!

I realize that sounds harsh, more harsh than I meant for it to sound. But, I will say that, after all we have walked through since Jason died, there are times I have felt more dead than alive. It’s been a really long, hard, lonely walk since Jason died, and we’ve had some really rough years. We’ve lost so much over the years. At times, many times, I have been incredibly weary of the journey. I have tried – and keep on trying – to “water” the good and living things in my life, and to do the best I can. At times, I just really don’t have the enthusiasm or energy to do more than just get through the day.

After Jason died, I looked for, prayed for, hoped for, expected something good to come out of the bad. I have discovered that the whole “good from bad” thing doesn’t necessarily happen. Sometimes it does, but sometimes we just have to keep on going and do the best we can. And that’s what I’m doing – doing the best I can. Living in the present, trying to make something worthwhile of my life, while looking forward to the day when I see my boy again. I had a t-shirt when I was in college that said, “Keep on truckin’.” And that’s what I’m doing. 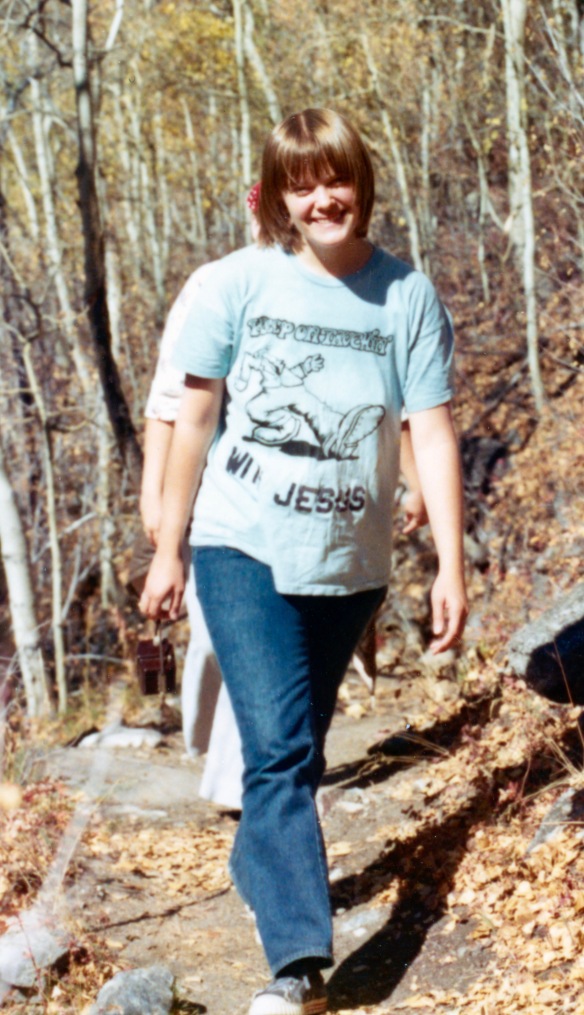 2 thoughts on “Keepin’ on Truckin’”