Mother’s Day is another stark reminder of his absence, a reminder that I wish I had treasured every single moment so much more than I did, a reminder of all we have lost. We take for granted our kids will be around for the rest of our lives. We take for granted we will have another chance to make more memories, to share more hugs and celebrate holidays. Even after 20 years, there are days when I just don’t know how to do this life without my boy. Mother’s Day is one of them.

I guess Mother’s Day exposes those cracks in the facade I try so carefully to maintain and to hide, allowing a bunch of feelings to flood to the surface. Mother’s Day just really gets to me. We’ll be alone again this Mother’s Day. I know that I am still a mother even though Jason died, but I feel so incomplete and empty. I wish I could skip Mother’s Day entirely and wake up on the other side.

I miss you, my beautiful precious boy. My Mr. Sunshine. You made me happy when skies were grey. I love you with all my heart.

I wrote this last year and wanted too share it again. 18 years. I can’t believe it’s been 18 years. I miss Jason as much – if not more – than I did on that fateful day he was taken from us, March 3, 2002. My heart breaks with his absence every single day. My arms long to hug him tight. My eyes long to look into his beautiful blue eyes. I long to see his beautiful smile, to hear his musical laughter. Oh, how I miss you, my precious boy.

I’m going to be honest. This is a really rough time of year for me. Tomorrow is the anniversary of Jason’s and Alina’s deaths at the hand of a drunk driver.

“Anniversary” is such an out-of-place word to use when talking about the death of a child. “Anniversary” is usually used in conjunction with a happy occasion. If a person says, “It’s my anniversary,” there is an automatic assumption that that person is celebrating the number of years he or she has been married. It’s a happy occasion commemorated with dinner and gifts and congratulations.

I know people use the word “anniversary” when talking about other things, too, though. 9/11. War events. Floods. Mud slides. Not every anniversary is celebratory.

For the first couple of years, I hated the 3rd of every month, beginning with that first March 3, 2002. It marked a horrifically agonizing, lonely, and excruciatingly painful time – Jason had been gone one month, two months, three months. At the two year mark, I sort of switched to years. Two years, two and a half years, three years. It sort of reminded me of the way I marked the ages of our kids when they were little – giving their ages as so many months and then switching to so many years. Instead of marking the celebration of life, it marked the number of agonizing days we had walked the earth without Jason.

Jason has now been gone 17 years. I can’t believe it’s been that long. It seems like forever ago…and yet yesterday. I still tend to rebel against even the thought of it. I remember that day as clear as a bell, every single thing. My heart is still so broken. I miss him so much. Grief lasts as long as love does – forever – and we will forever have a Jason-sized hole in our lives. He had so much of life to live, so much to give. As one friend said, “The world is a darker place without him in it.”

I hope you will take time to remember Jason and Alina tomorrow, the lives they lived and the people they were. We, their families, are the “keepers of the memories.” I’m sure each and every bereaved mother or father would say that one of their greatest concerns is that their child will be forgotten as the world moves on without them.

If you would like to honor Jason tomorrow, you could play a game of chess (Jason’s favorite game), bake and share some chocolate chip cookies (Jason loved to bake chocolate chip cookies), give someone some flowers (Jason generously gave flowers to those he loved), share an act of kindness (Jason was the most kind and loving person I have ever known), be nice to a stranger (Jason knew no strangers), hug your family and friends tight (Jason gave awesome hugs), listen to Beethoven’s Moonlight Sonata or Trans-Siberian Orchestra’s “A Mad Russian’s Christmas” or many other songs he loved.

If you are so inclined, you could take time to write down a favorite memory or two to send to Jason’s and Alina’s families. No matter how long or how many years it’s been, we would love to hear them. Our address is 2154 Emma’s Grove Road, Fairview, NC 28730.

Julie Lindsey, a homeschool mom, generously gave and prepared a scrapbook for Marie and me. She asked us what we would like in them. I had asked that the scrapbook contain photos I didn’t have and written memories about Jason from those who knew him. It just happened to be around the time when people were writing victim advocate statements to present to the court for the sentencing of the young man who killed Jason and Alina, so most of the efforts went to writing letters to the court. I am very thankful for those who wrote to the court and have copies of all of those letters. It was a lot to ask for at that time.

Thank you for taking the time to remember Jason and Alina. We appreciate it.

As one year turns to another, it seems appropriate to post this song. It has been sung by many artists including Frank Sinatra, Kate Smith, Michael Buble’ and Billie Holiday. This one by Jimmy Durante is one of my favorites. It speaks to the wistful longing of missing someone who is no longer here.

Jason, I will never stop missing you…today and every day…You are in my heart and in my thoughts always. I love you, my precious boy.

In that small cafe
The park across the way
The children’s carousel
The chestnut trees, the wishin’ well

I’ll see you in that small cafe
The park across the way
The children’s carousel
The chestnut trees, the wishin’ well

4th of July celebration long ago

Oh, how you made each and every celebration so much brighter, my precious boy. How I wish we could go back once again to those days. My world is not the same without you. I miss you. I love you.

There are days when I feel your absence so acutely,

Days that remind me of what was,

Days that remind me of what could have been,

Days that remind me of what I wish with all my heart had been.

This is one of these days, and I miss you so much.

I love you, Jason.

They say it gets easier with time

My precious boy, I love you…always

Something to think about… 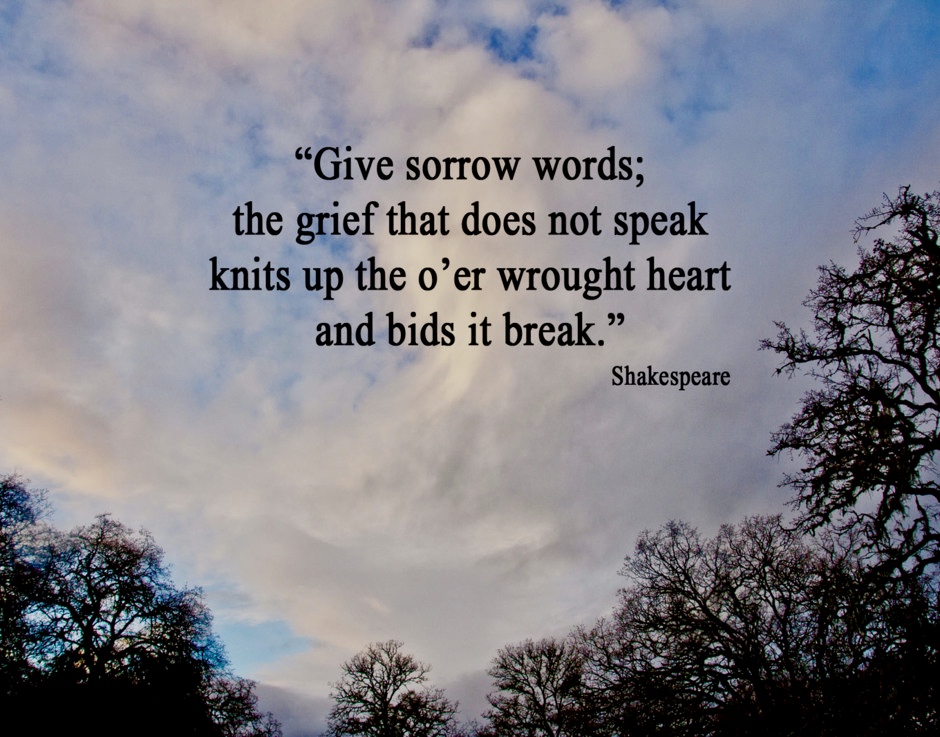 Too often we underestimate the power of a touch, a smile, a kind word, a listening ear, an honest compliment, or the smallest act of caring, all of which have the potential to turn a life around. – Leo Buscaglia

There is a sacredness in tears. They are not the mark of weakness, but of power. They speak more eloquently than ten thousand tongues. They are the messengers of overwhelming grief, of deep contrition, and of unspeakable love.
– Washington Irving

This blog is written about grief from one woman's perspective - mine. It is not meant to be a blanket guideline for grief. It is my hope, though, that some insight or understanding for bereaved parents or ones who deeply grieve may be obtained from sharing my experiences following the death of our son, Jason.

As my main source, I have gleaned writings from the journals I have written since the week after the accident (some entries have been slightly modified for clarification). For those entries gleaned from my journals, I have noted the date at the beginning of the blog. Anything without a "journal date" is written current-date. If there are notes at the end of a blog entry following a ~~ delineation, those are current-day comments on a dated journal entry.

In an effort to promote understanding, I have not shied away from things I wrote that may be construed as negative. I want to be honest with what I was experiencing at the time, but I don't want to be harsh..and I would never, either intentionally or unintentionally hurt anyone we knew at that time. (I have changed most names or used initials when referring to individuals, and those names that have been changed are marked with an asterisk (*).)

If something sounds harsh, just remember I am communicating what it was like for me at that moment. Raw emotions following a tragic loss run the gamut of practically every emotion imaginable. Emotions and reactions can be incredibly strong...and sometimes not very pretty. There is no tidy pattern for grief.

Please try to listen to the heart of a bereaved parent...

Thank you for taking time to visit this site!